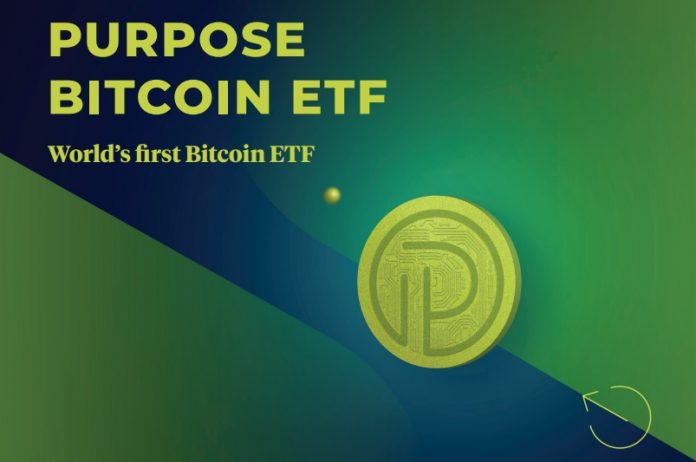 Another affirmation for bitcoin arrives in the form of the new ETF (exchange-traded fund), called Purpose Bitcoin ETF (tickers BTCC-B, and BTCC-U), which started trading on the Toronto Stock Exchange on Thursday, with investors exchanging $165 million worth of shares.

Similar to physically-backed gold and silver funds, this fund will be backed by digital, wallet-held BTC and not derivatives, as stated by the fund’s issuer, Purpose Investments Inc.

ETFs are types of securities that involve a collection of securities, like stocks, that often track an underlying index, and are bought and sold throughout the day on stock exchanges, thus available to both retail and institutional investors.
“We believe Bitcoin, as the first and largest asset in the emerging cryptocurrency ecosystem, is poised to continue its growth trajectory and adoption as an alternative asset,” said Som Seif, founder, and CEO of Purpose.

As similar products are already available in Europe, such as $1.7 billion “Bitcoin Tracker EUR”, listed on the Stockholm Stock Exchange, and the news of the Canadian one, new efforts to start the first US bitcoin ETF have appeared.
Hopefully, this time SEC will not stop its forming, like it did several times in the past.